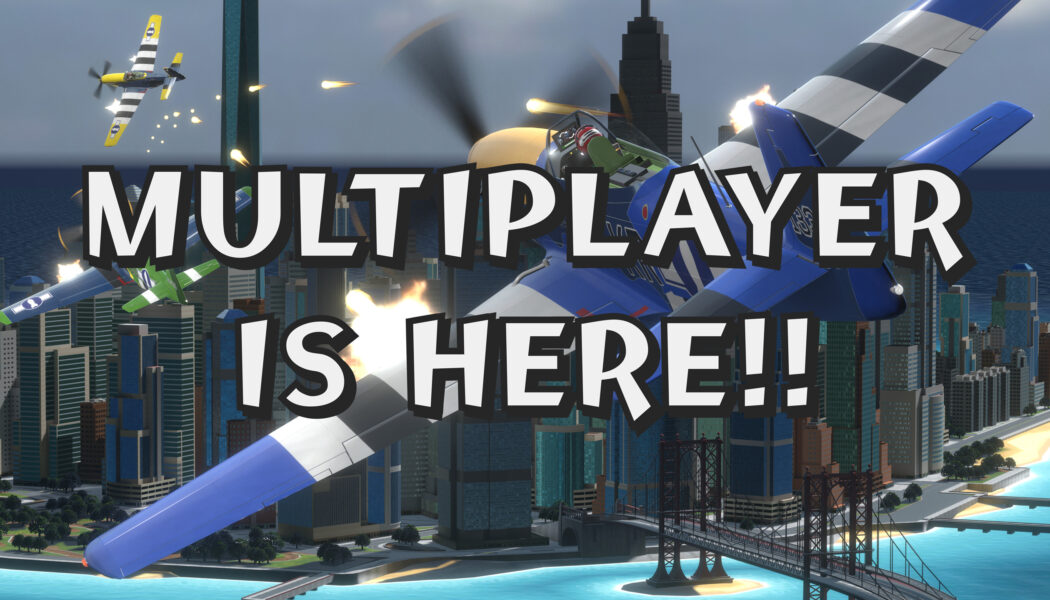 Over the past five months we’ve made many numerous improvements to Ultrawings 2 Quest 2 version.

And with today’s major update multiplayer has been finally enabled!

– Multiplayer is now available! Compete against 7 other aircraft to see who rules the skies! Our multiplayer is really unlike any other flight game as you’ll be dogfighting not only in the skies but also as you weave between buildings and canyons!

– Once you complete the Ops combat missions you can purchase permanent upgrades to your aircraft in the form of unlimited fuel and ammo. These are designed to assist getting those coveted Gold medals that have eluded you.

– We’ve added Gold medal counts to each airport on the World Map screen.

– We’ve added Fast Travel option on the World Map screen when you’ve purchased all airports for an island.

Multiplayer for the PC version still needs to be further tested so that remains disabled by default (can be unlocked via the keyboard though) as we believe there are still stability issues.

As always, if you experience any issues with Multiplayer please don’t hesitate to reach out to us at support@bitplanetgames.com.

Next up we’re gearing to release our first major DLC pack and full HOTAS support / customization for the PC version.